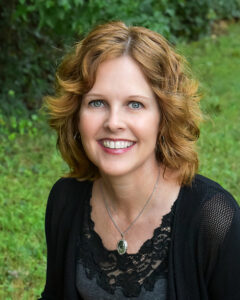 Dr. Jennifer Gadams received a Bachelor of Business Administration from James Madison University in 1992. She earned her Bachelor of Science degree and Doctorate of Optometry degree from Pennsylvania College of Optometry in 1996. Dr. Gadams has practiced optometry over 24 years and began her career examining children and their families in Virginia Beach. After making a guest appearance on the children’s regional television program “Brain Stew” in 1998, Dr. Gadams realized she connected with children. She joined Hampton Roads Eye Associates in 1999 and most recently enjoyed working with the HREA Gloucester office from 2013-2020 performing disease diagnosis and management. She now considers herself a pediatric and adult optometrist.

When she is not working, Dr. Gadams enjoys singing as a first soprano in Norfolk’s Christ and St. Luke’s church choir, skiing, and traveling with her husband and two teenage sons. She is very excited to be transitioning to the Oyster Point location where she will be focusing on both pediatric and adult eyecare.